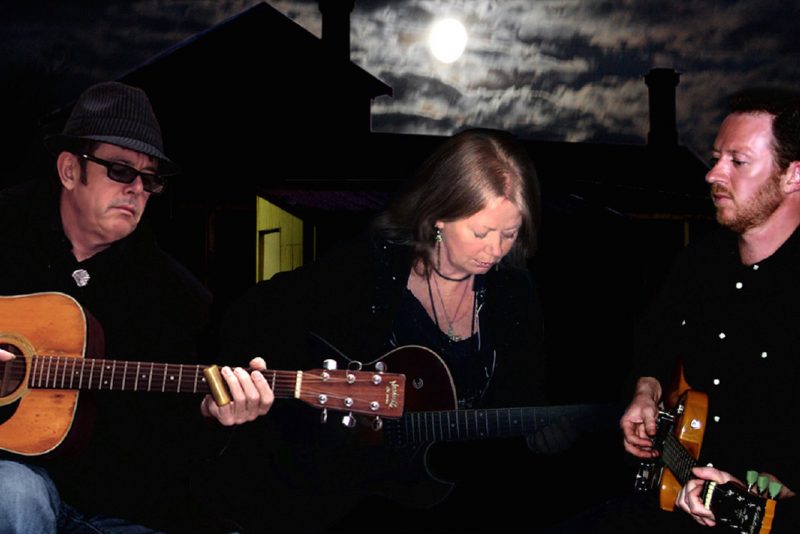 Marni is an established performer with a rock’n’roll past. She played in several Melbourne bands as a bass player/vocalist/songwriter and over the years has recorded several albums, two of which are solo albums of her original songs. Marni has a track record of songwriter credits including finalist placings in 2 ASA contests, & The Austin Texas Songwriting Contest, and her work appears in the albums of The Stetson Family, Leslie Avril and in a Victotian Primary School song book. These days Marni lives in Central Victoria and plays mandolin and guitar in an acoustic duo.